Debt After Death – Do You Have it Covered? 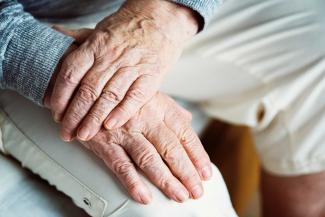 Debt After Death – Do You Have it Covered?

Many people deal with credit card debt all of their lives with most of them giving little or no thought to what happens with their debt after they die. The fact that nearly 60% die without a will is a strong indication that they’ve given absolutely no thought to it. As a consequence, those that survive the debt holder are often left to deal with a myriad of issues that can be time-consuming and unpleasant. Credit card debt doesn’t simply evaporate when someone dies. In fact, creditors will actually step up their game in order to collect from survivors who are ill-prepared to deal with their onslaught. For many survivors, it can get pretty ugly.  For anyone who hasn’t written a will, or, who hasn’t considered the plight of their survivors who have to deal with their credit card debt, they need to know the extent of the burden they are creating for their loved ones.

What Happens to Debt after Death?

Post-mortem debt is a somewhat complicated issue in that there are as many laws regulating it as there are states. Generally, your estate is ultimately responsible for paying any outstanding debt. Although debt cannot be inherited, it is left to those responsible for settling your estate to ensure that it gets paid. Under the laws of probate, creditors are one of the first in line to receive whatever proceeds are available. If no proceeds are available, and if the debt is in your name only, then, essentially, the creditors are out of luck. But that doesn’t mean they will stop all efforts to collect.

If the debt is held in multiple names, which is as a joint account by two spouses, or with cosigners on the account, then the resolution is fairly clear cut, the surviving spouse or cosigner is responsible for paying the debt. If, however, the survivor is only an authorized user, such as a child who was given an additional card to use, there is no obligation to pay the debt.

It’s a little more complicated if you live in a community property state, (Alaska, Arizona, California, Idaho, Louisiana, Nevada, New Mexico, Texas, Washington, and Wisconsin), because, in essence, all assets and debts accumulated during the marriage are considered equally owned by spouses. That means that, even if your spouse opened an individual credit account, by law it could still be half your responsibility. The actual laws vary from state to state, so it is important to look into it so you will know what your spouse will have to contend with.

What Assets Can Be Used to Pay off Debt?

Not all assets are treated equally. Generally, any asset that passes by beneficiary or contract, such as a qualified retirement plan, annuity or life insurance policy, pass outside of probate directly to the named beneficiary. So, these assets are not available to pay off debt. The issue becomes whether a creditor can go after a family member who inherits one of these assets. The flat answer is “no”, if the asset is a 401k plan or a life insurance policy. For other assets such as an IRA or certain types of bank and brokerage accounts, each state has its own set of rules. And, in most states, a house should be able to pass from one spouse to another unimpeded by creditor actions.

How Surviving Families Should Deal with Creditors

If there are proceeds from exempt assets such as a 401k or life insurance, the executor of the estate should use those to pay off the debt. Creditors will eventually be notified of the probate, so it is best to deal with them as early on in the process as possible. In fact, if the executor acts quickly, before the accounts go into probate, they are more likely to be able to negotiate settlements with the creditors. Many creditors are willing to settle for as little as 50% of the outstanding debt. Once the accounts are probated, things can get a little nastier.

Even though the surviving family members may not be a responsible party to the debt, it won’t stop some creditors from contacting them. Some creditors will even go as far as filing for a judgment or pass off the debt to a collection agency, and they can be relentless.  In either case, the best course is to have an attorney write the creditor which will usually put a stop to their efforts. And, the credit bureaus are obligated to remove any negative reporting.

The better solution for everyone is to acknowledge that debt is an obligation, whether they are alive or dead. Responsible people don’t shift their obligations to others, especially when there are simple ways to prevent it. At a minimum, you should carry enough life insurance to cover your debts. But, it is important to realize that, with death, there are expenses. In addition to debt pay off, there are final expenses, such as funeral costs and medical bills that are unavoidable. And, for many surviving families, there is an immediate need for cash while they undergo the tribulation of settling the estate.

For the little time and expense it takes, there is really no excuse for not writing a will. A will not only expresses your final wishes, for the family it clarifies and, in many cases, simplifies the painful and often arduous process of settling the estate.  Would you wish anything less for your family?

*This content is developed from sources believed to be providing accurate information. The information provided is not written or intended as tax or legal advice and may not be relied on for purposes of avoiding any Federal tax penalties. Individuals are encouraged to seek advice from their own tax or legal counsel. Individuals involved in the estate planning process should work with an estate planning team, including their own personal legal or tax counsel. Neither the information presented nor any opinion expressed constitutes a representation by us of a specific investment or the purchase or sale of any securities. Asset allocation and diversification do not ensure a profit or protect against loss in declining markets. This material was developed and produced by Advisor Websites to provide information on a topic that may be of interest. Copyright 2021 Advisor Websites.